On our last day in Singapore we were hesitant whether to spend the day at Santosa or go to the zoo. Several friends had highly recommended the zoo and night safari but since we had been to so may zoos lately we were just zooed out… After we I had decided we were doing Santosa, I showed Evan the brochure to the zoo and to Santosa Island and asked him where he wanted to go. He immediately started saying Monkey, Monkey and pointing at the cover of the zoo brochure, so the zoo it was.

We knew there was a bus that took us there and that we could either take the MRT or another bus and transfer to the route that goes to the zoo. After asking at the visitor’s center by our hotel, they recommended we rode the SAEX bus instead. This is an express bus that stops at various hotels and takes you directly to the zoo for a fee of $4.50 per adult each way. After about 40 minutes in a big comfortable bus we got to the zoo. We were able to get the tickets to the zoo directly from the bus driver and we got a two-dollar discount on our return trip. We paid a total of $33.00 Singapore Dollars per adult for the round trip, zoo entrance fee and unlimited tram rides within the zoo. Kids under 3 ride and play for free so we got a great deal.

As we got there we were happy to see a well-maintained and very kid friendly zoo. They had signs and educational displays in almost every exhibition and we enjoyed looking at many different species. 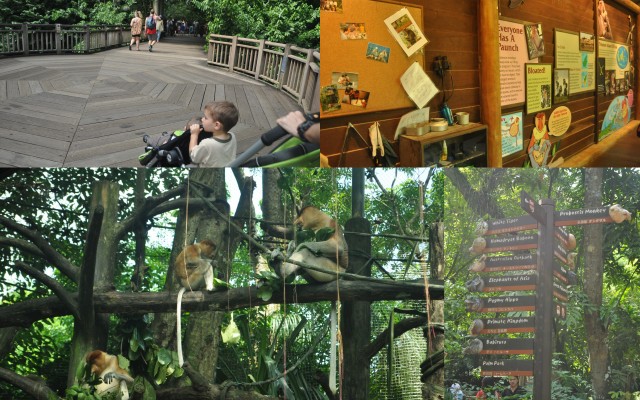 We didn’t really see any of the shows although I think we should have. We were just at a very flexible pace and stopped wherever Evan wanted to stop without worrying about any schedules. They have snack booths almost everywhere and a couple of restaurants. We ate the famous chicken rice and enjoyed freshly brewed iced tea. 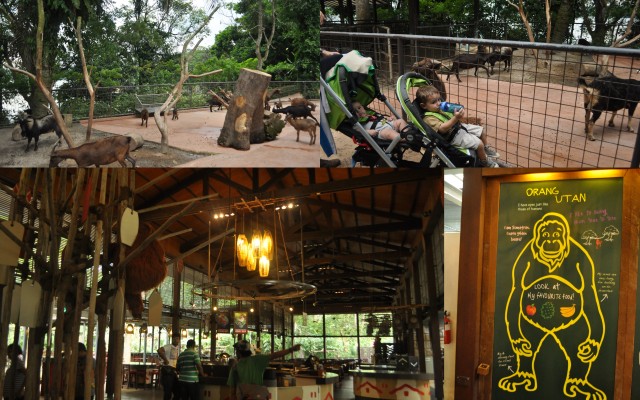 The highlight of the zoo visit for me was the “tropical crops” section where they were growing all kinds of fruits, vegetables and herbs. I was excited to see how many of my favorite spices grow and I specially liked looking at the pineapple, durian, mangosteen and papaya plants. 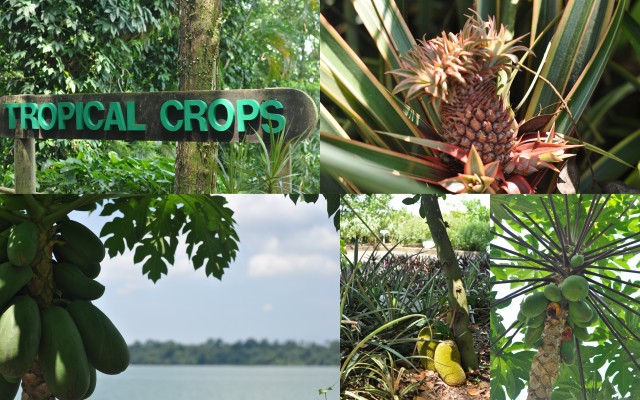 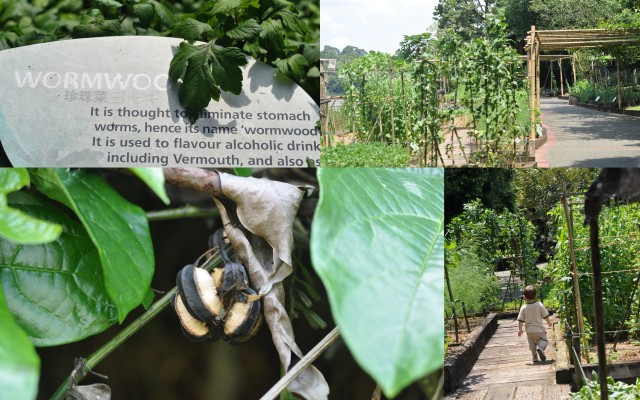 For Evan, the best part of the zoo, and the place were we spent over half our visit was the kid’s water area. This is one of the best ones I’ve seen so far. The water wasn’t cold and it was all padded. The water level was quite low even at the deep ends so I wasn’t worried about letting Evan run wild. Joshua went in for a little bit , too. 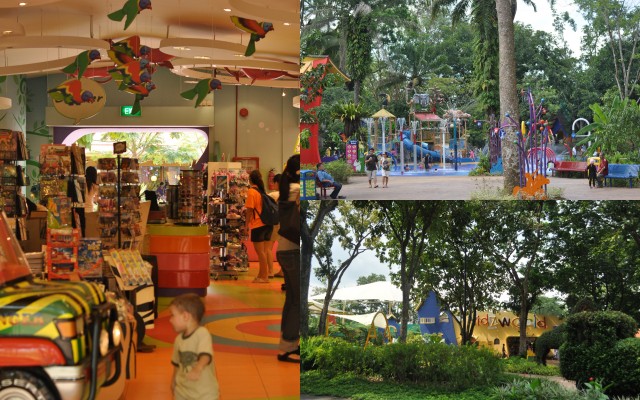 In the same Kid area they have a nice playground, a petting zoo, a traditional Singaporean house from the 50s and a “jungle challenge” area where kids can jump thru different obstacles and compete against each other. They also have a carousel, a horse-drawn carriage and pony rides. The last three cost extra, but not much, I think it was 9 dollars to do the three.

After about 6 hours in the zoo we were ready to go home. We decided not to do the night Safari until the kids were older so we rode back on our very comfy bus and the driver was kind enough to drops us off exactly in front of our hotel.

Although this Zoo is not the biggest I’ve ever seen, this is a very nice well-kept zoo with beautiful animals and vegetation. The exhibitions and specially the kid’s play area make this zoo worth the 45-minute ride from Singapore’s City Center.