I can’t believe we’ve been in Jakarta for almost two years! Two years ago I came to Jakarta with a little toddler and an emerging belly, today we have two very rowdy toddlers and a very exciting summer ahead of us. Two years ago my sister was visiting us and we took her to Bali, this time we decided to do something closer to home and with the help and leadership of my very good friend Nazira we planned a day trip to the Krakatoa volcanoes.

I wasn’t sure what to expect. I knew from friends who had been there that the trip was definitely worth it but that the ride there was a bit rough. I started doing some research and learned that the Krakatoa volcanoes erupted in 1883 and that thousands of people perished in what was considered to be the loudest sound ever heard in modern history, talk about making an impact. As we embarked on the three-hour car ride to the port of Carita I got very excited about finally paying this old island a visit.

When we arrived in Carita we were greeted by very friendly smiles that led us to a restaurant where the bules (us) were fed western fare, because who doesn’t want pancakes with tomato chilli sauce? After we used the “facilities” we took a quick drive to the port where we hoped on a speed boat and sped away towards the islands, or what was left of them.

After about 40 minutes into the bumpy ride we were able to catch a glimpse of the volcanoes, what was left of them and the anak Krakatoa that is currently emerging. You could see the Anak Krakatoa smoking and getting ready to reveal its fury in the near future. I was very excited to see this historical natural site but was very upset to see dozens of pieces of debris and trash all over the ocean. So much so that we had to stop often to keep the speed boat’s motor from clogging up. 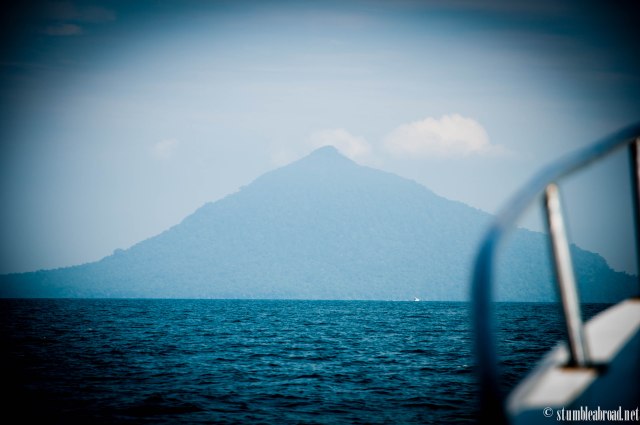 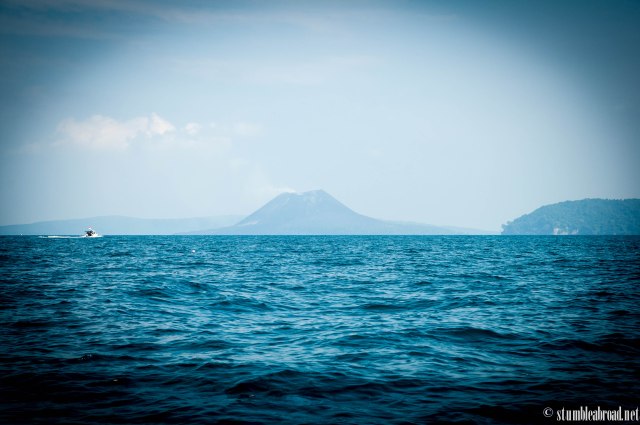 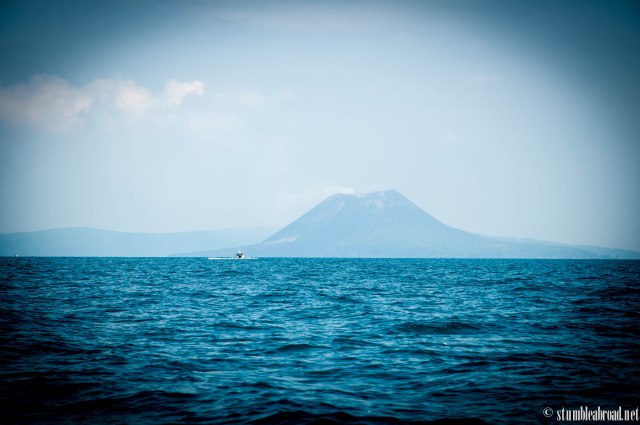 Nazira looking out the window

When we finally arrived we stopped to take a look at the gorgeous black sand and got ready to start the trek up the volcano. As soon as we got there we lathered ourselves in sun block and left the stuff we were not using in the speed boat. 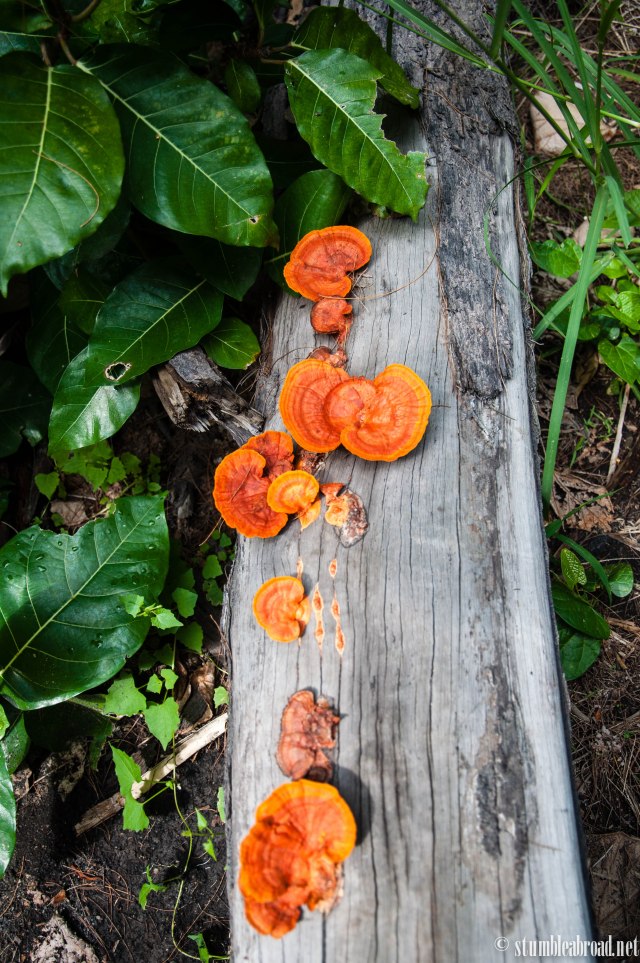 The first few hundred meters were a very easy climb. It was not very steep and the gorgeous tall trees provided a very good shade. I was very glad to be wearing tennis shoes since the sand was very loose and it started getting in my shoes.

As we got closer and closer to the peak the terrain started getting steeper. The sand was looser than in the bottom and there were many rocks all around. The trees were gone due to previous eruptions and sandy dunes became the norm. As we walked on some of these dunes our feet slipped since the sand was not very firm.

Nazira and Pete halfway there

A few water breaks later, we arrived to the top. The views were stunning and well worth the climb. The colors of the ocean were breathtaking and the smoking volcanoes were just an impressive sight and one that I will never forget. Being by the top of the volcano provided us insight on how amazing nature is and how God’s creation is just astounding. Feeling the heat of the volcano emerging from the ground we couldn’t help but think about God’s perfectly created ecosystem and the harmony it has with humanity.

Dany and I (please excuse the redness)

Our guide led my hubby to the edge and explained to him the effects of the previous eruptions. For a moment we thought about the many people affected by the natural disasters the eruptions have caused.

Almost on top of the volcano

It was very hot up there

What a wonderful day it was. After our climb we were able to snorkel for a couple of hours and were provided lunch, cold drinks and fresh fruit. The service we used provided the snorkeling gear and our guide led us to the best areas to contemplate aquatic life. From beautiful blue starfish to schools of fish we enjoyed every second of it. What a perfect day. If you are in Jakarta and are willing to spend a day out in sync with nature, Krakatau is the best choice. 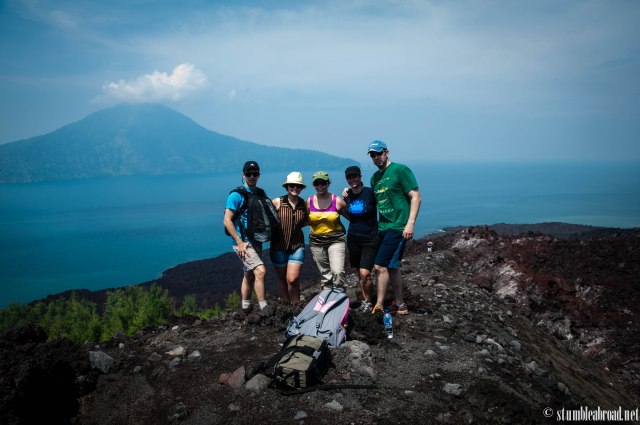 6 thoughts on “{Indonesia} A visit to Krakatau”