Our last visit to Bali was very different from our earlier ones. This time I wasn’t pregnant, we didn’t even visit the touristy places and we stayed far away from the resort area. This time, our sole purpose was to get our advanced open water diving certificate and to see a part of Bali we hadn’t ever seen. We stayed in Tulamben in east Bali and had the opportunity to dive the USAT Liberty wreck.

When we were dived out and our nitrogen levels were too high for us to make sense of it, we decided to explore the remote areas of East Bali we had never visited before. We hopped on a car and headed out in a quest to discover the hidden jewels that call East Bali their home.

Our tour guide suggested to make the Karangasem Royal Palace our fist stop. The Karangasem regency used to call East Bali its abode before the Dutch arrived in Indonesia. This palace used to shelter the Karangasem family years ago and it is still almost intact.

A few minutes into our visit the boys had to imminently make a play stop and climb on the lion statues guarding the entrance to the palace. My first impression was that this palace looked like any other temple in Bali, but I was in for a surprise. 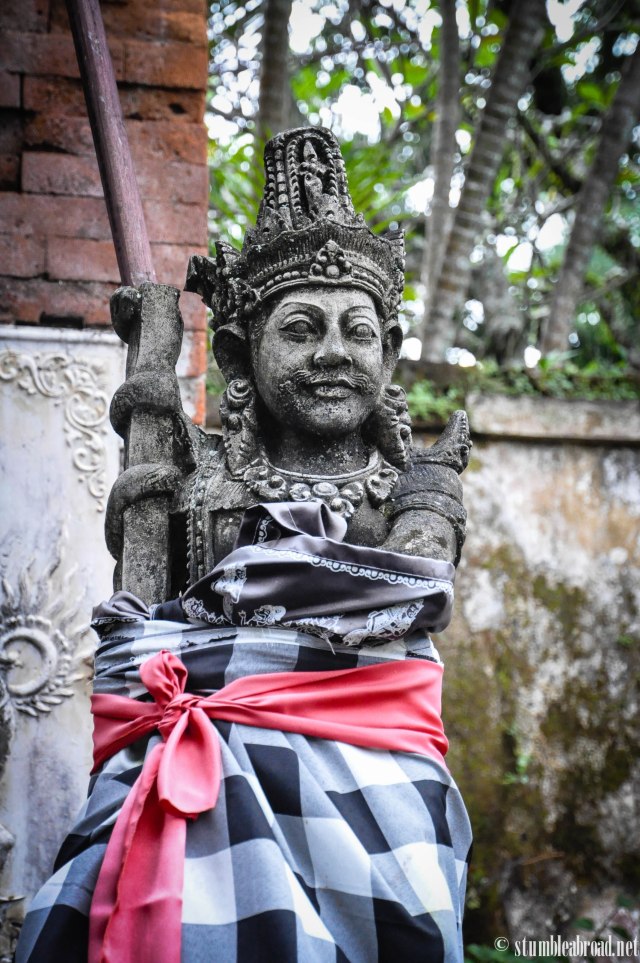 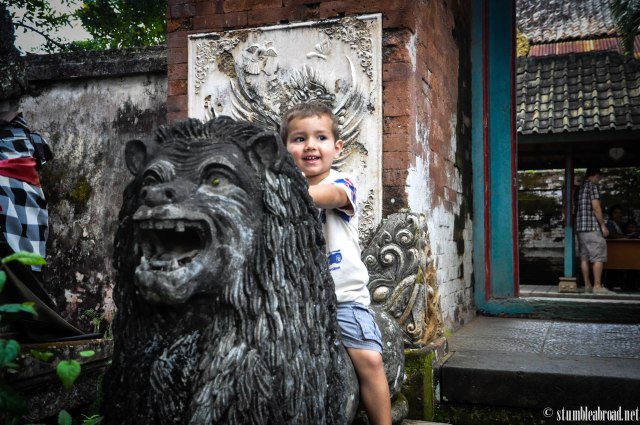 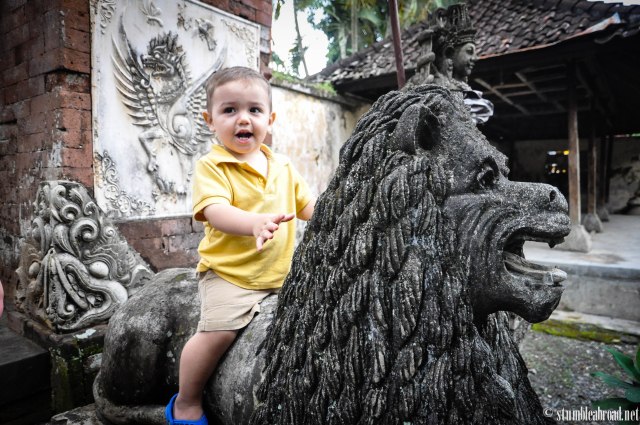 Josh riding on the guard lion 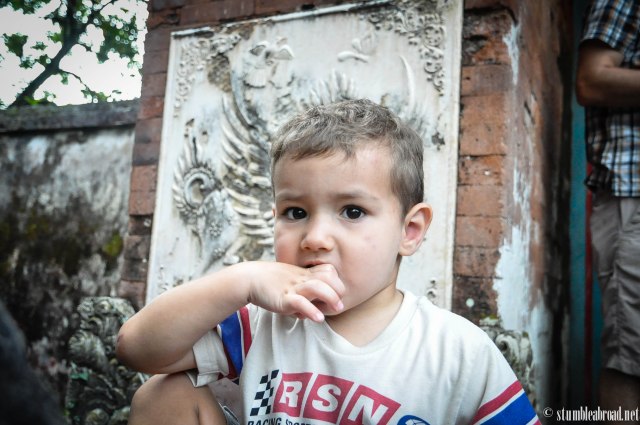 Play stop complete, we continued our excursion into the palace and at first glance we could see the Balinese, Chinese and European influence in each building. This was certainly unexpected. It reminded me of the Sultan’s Palace in Yogyakarta and made me very glad that we decided to visit this royal abode.

The outer courts hosted endless lush tropical verdure and the pond was a pristine oasis in the midst of the stonework. A few locals who reside nearby were visiting the palace and trying their luck at fishing. A myriad of Koi fish swam freely and occasionally allowed their heads to surface to eat what the kind visitors offered them. Apparently Balinese fish enjoy eating rice as much as Balinese people do. With our broken bahasa we were able to make new friends and once again were grateful for the opportunity to see and visit places such as this one. 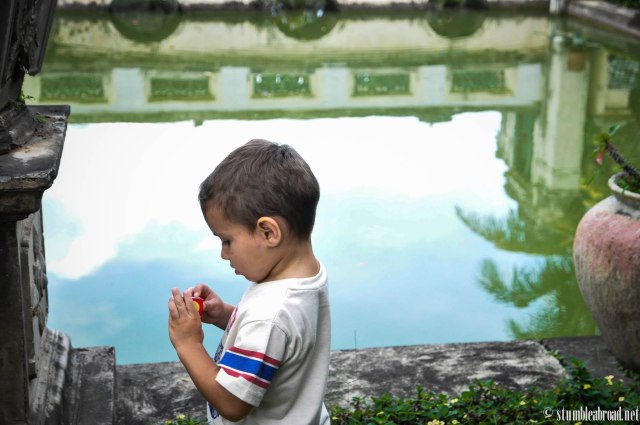 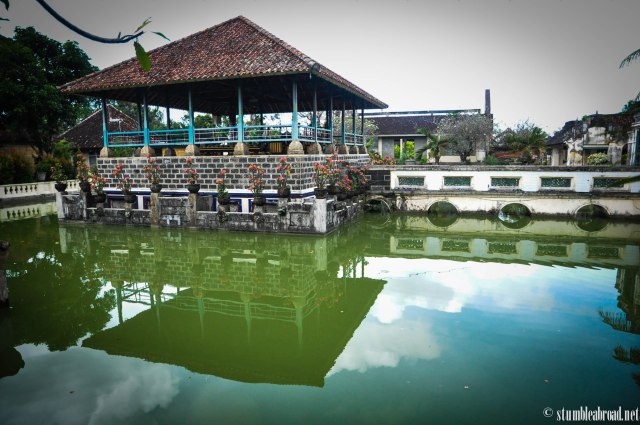 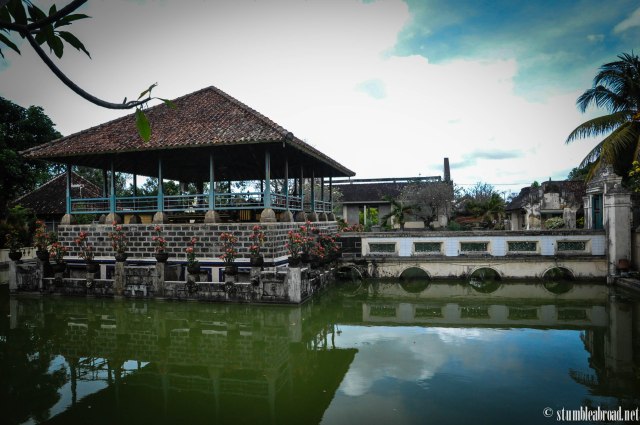 I bet the social functions they used to hold here were fantastic! 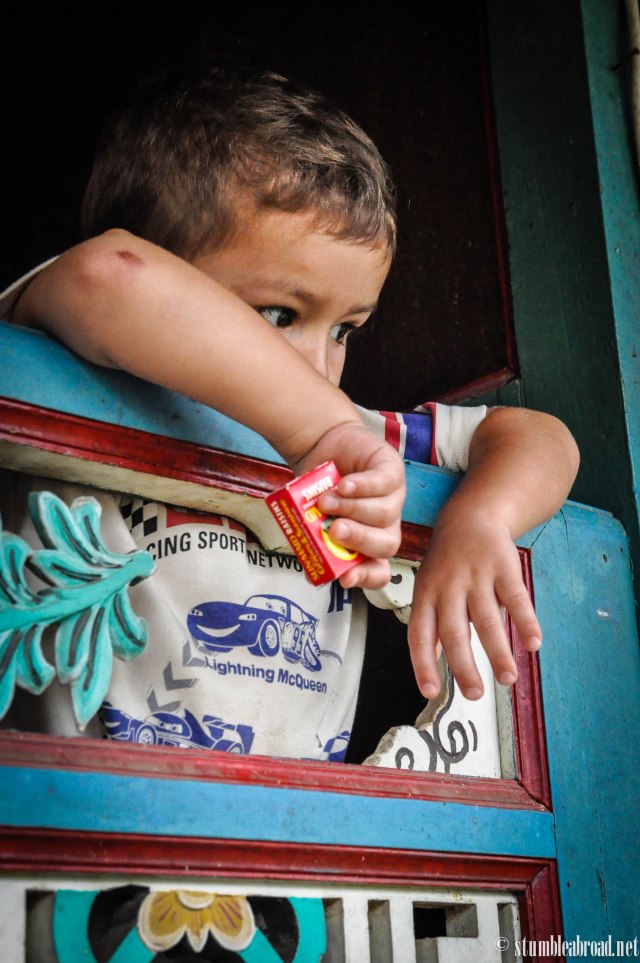 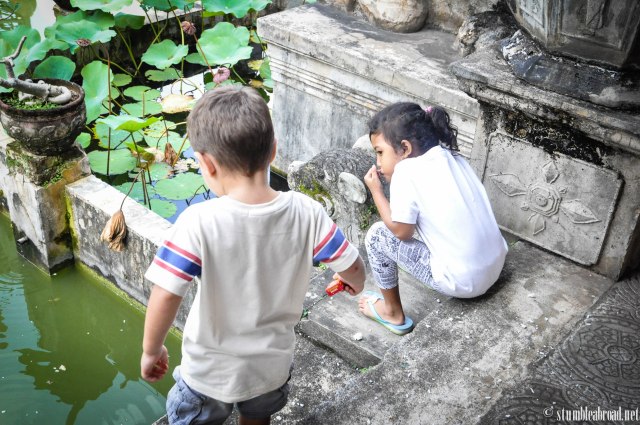 Evan made a new friend by the koi pond. Her family was fishing nearby.

The palace wasn’t as majestic as may European palaces are but boasted a grandeur and royal vibe to it nonetheless. The intricately wrought wooden carvings vaunted a Balinese element in contrast to the European inspired layout and the Chinese figures in some of the teak pieces of furniture.

The boys looooved running all over the palace. They enjoyed traversing each of the hallways, the foyers and each and every single bedroom. Once again, I am so thankful to be in South East Asia, where anything goes, children are cherished and nobody scoffs at your child’s behavior unless something gets broken (not even then, actually) or the wrong hand is used when greeting someone. Everyone was all smiles, including the staff who takes care of the palace. 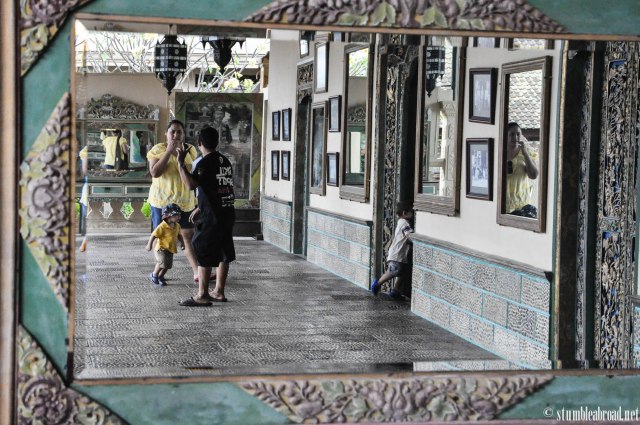 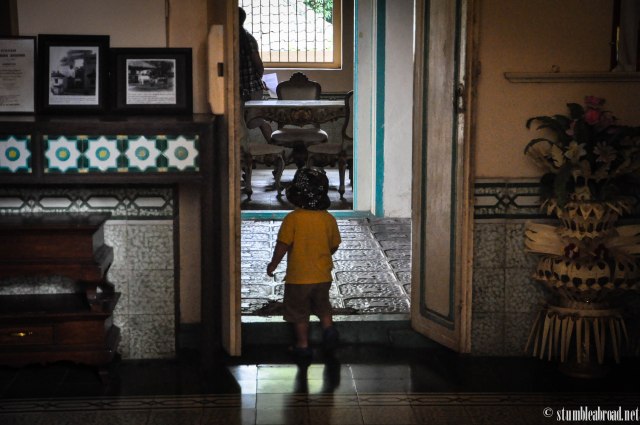 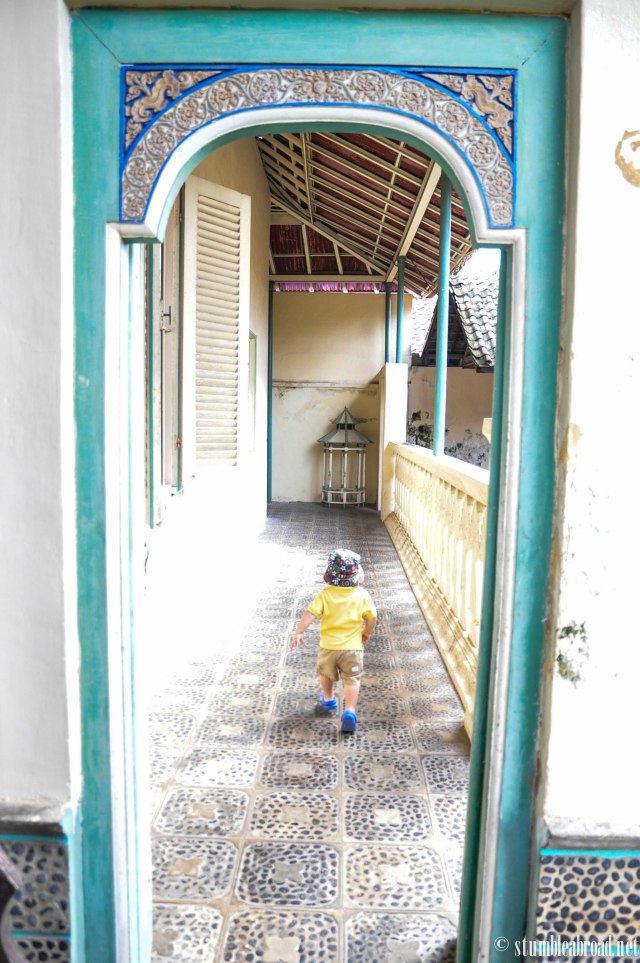 Inside, we were able to further understand what life used to be like for Balinese families years ago. The importance of music and family time was highlighted as we observed that the biggest and most beautiful rooms in the palace where those used for family gatherings and for hosting visitors. I stopped and reckoned how important family is to us  as well and couldn’t help but smile as I saw Evan and Joshua exploring together. The boys were basically playing hide and seek and every time I tried to capture them on a photo, they were already gone. Allowing the boys to roam free gives them a sense of independence but I am always a step behind watching them r play together and hoping that thru experiences such as this one they will eventually become best friends.  Evan and Joshua are painfully learning to get along in this tough world of boy toddlerhood where cars, trains and trucks rule and whoever has the most of them is the king of the lair. 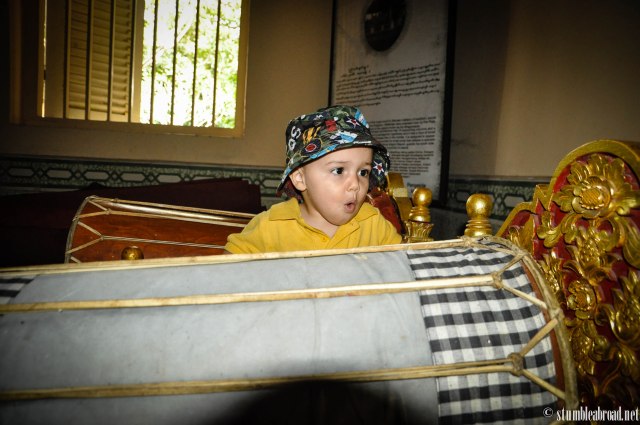 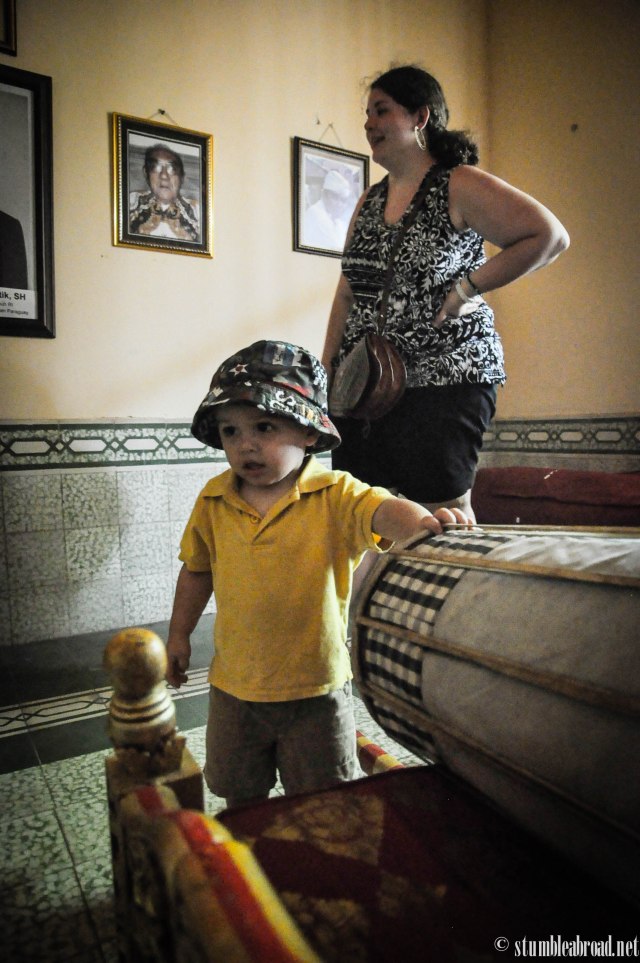 Checking out the instruments 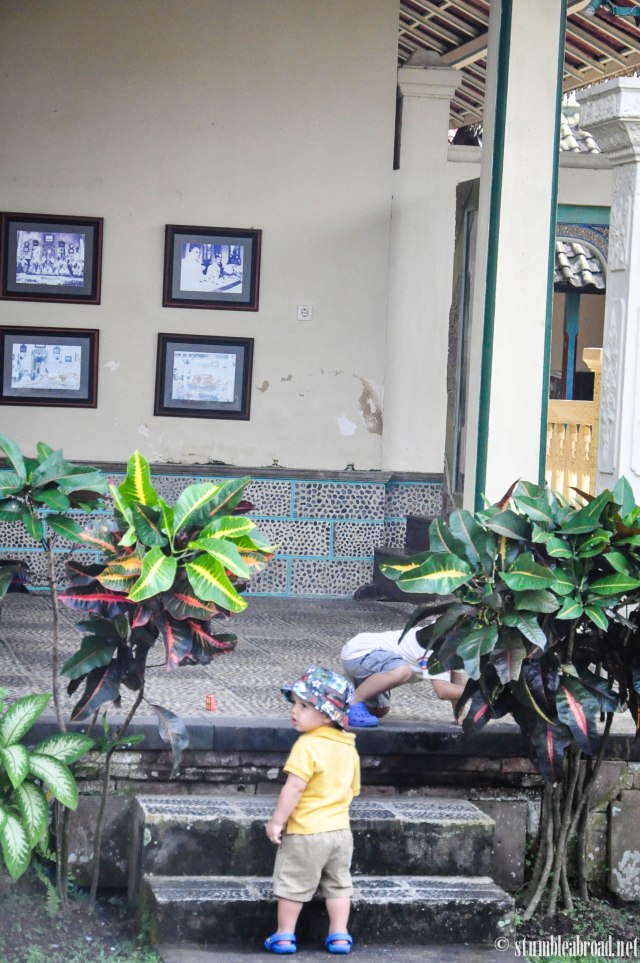 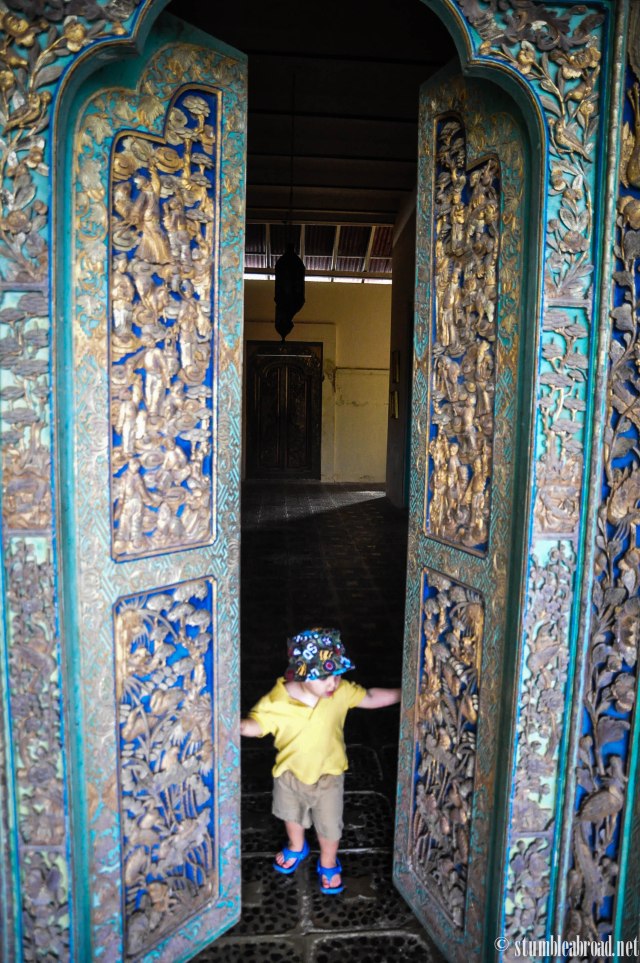 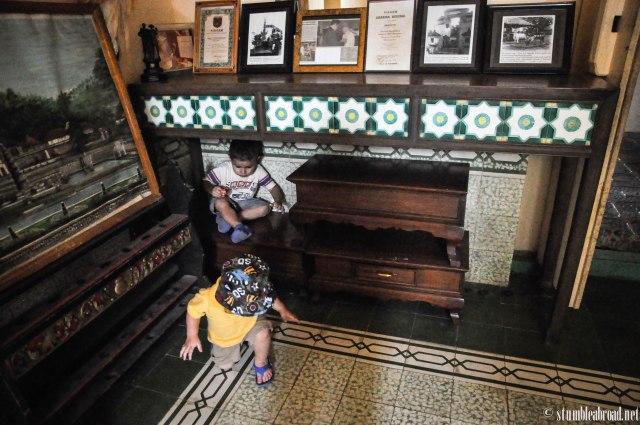 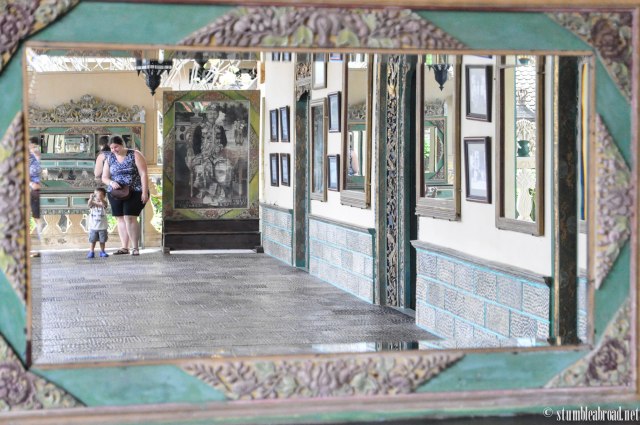 Once the race thru the house was over, we came outside again. I stopped and looked at the beautiful flowers and allowed the boys to climb on one of the outer teak houses. Again the Sino-Balinese influence was evidenced in the woodwork and symbolism in the architectural features of the palace. 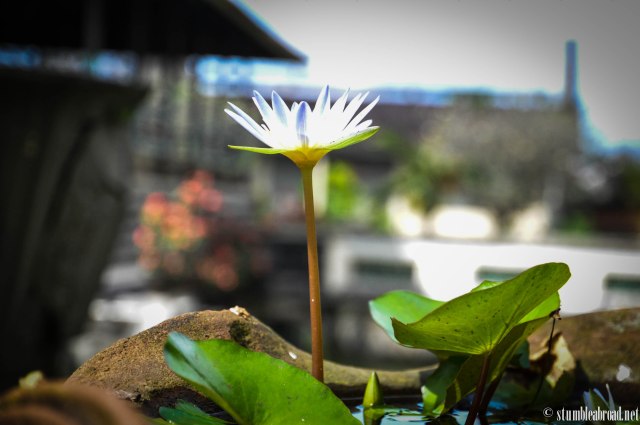 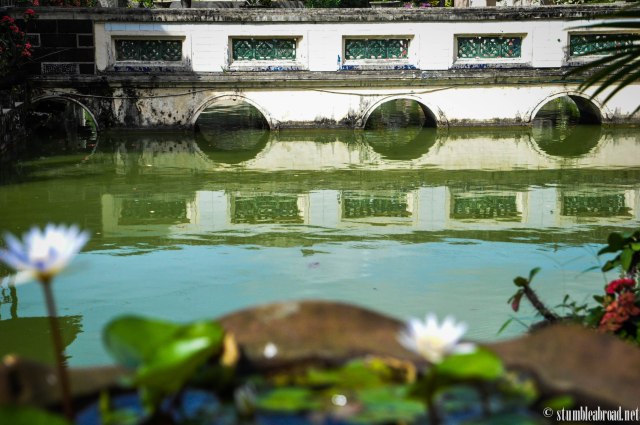 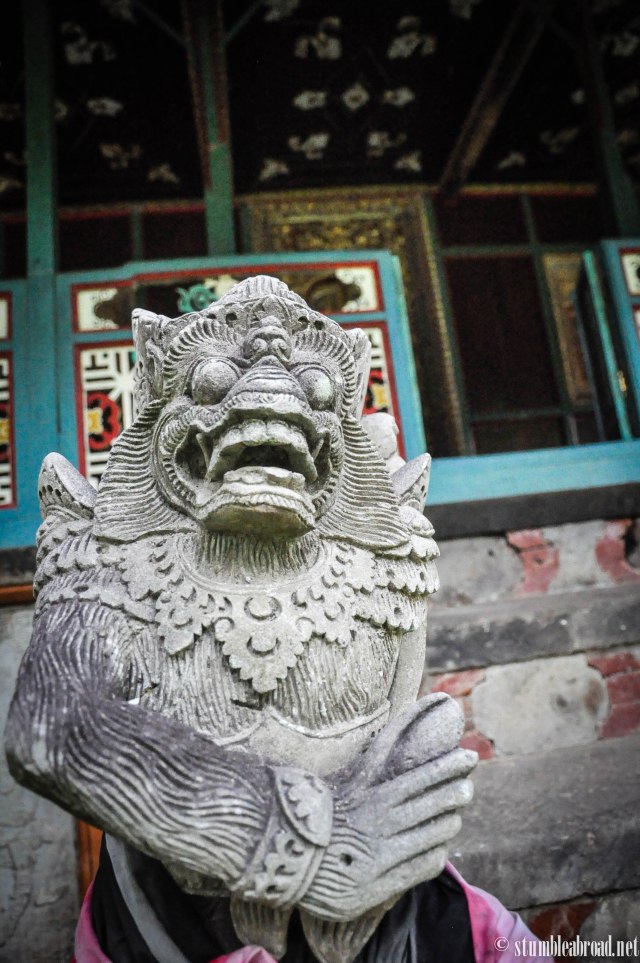 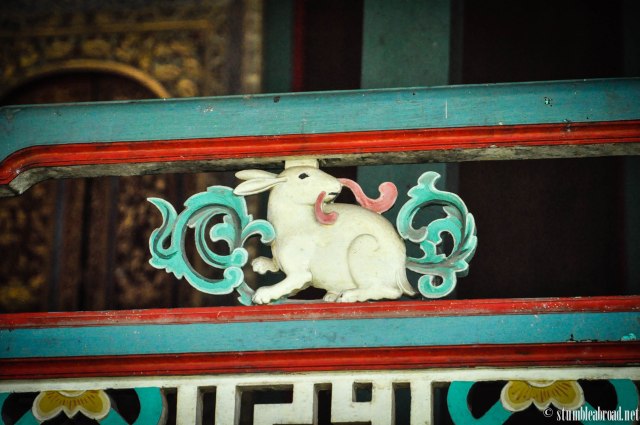 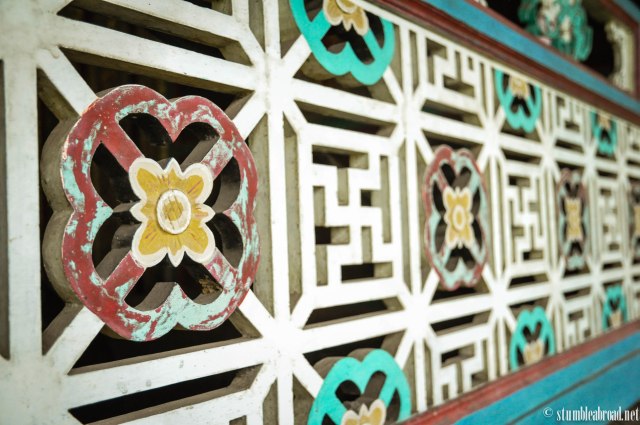 Gorgeous architecture. The perfect balance between Balinese and Dutch influence.

We left the palace ready to explore even further. If I recall correctly the entrance fee was 5,000 Rp. per person and the kids went in for free. After this little taste of the Karangasem Regency we were ready to immerse ourselves even further in this cultural experience. We knew we had a few more places to discover and we were not leaving East Bali without setting foot on them. More on those, soon…. 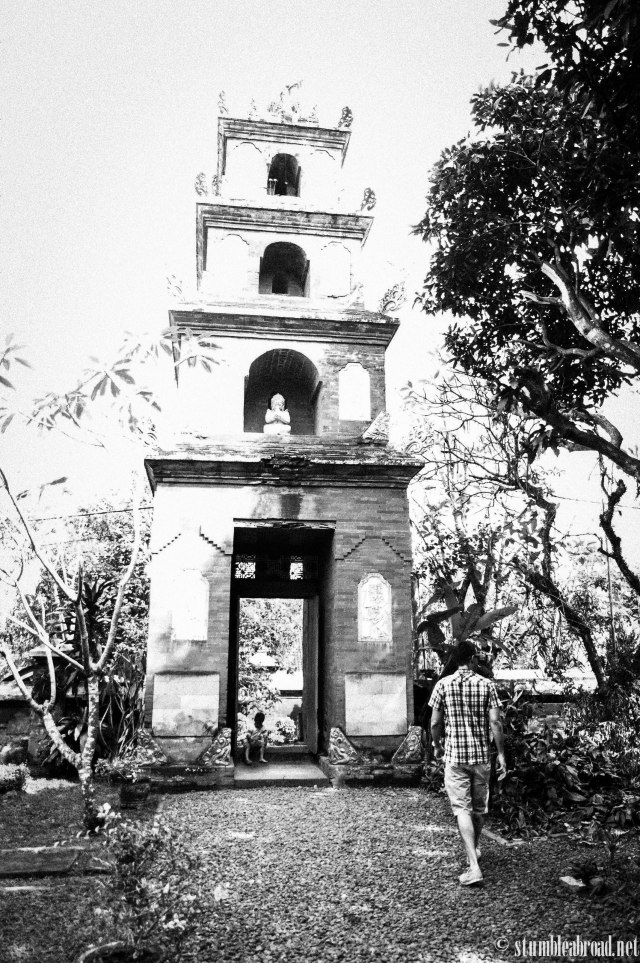