As we were ready to exit the Taman Mini theme park on our last visit Evan noticed an airplane and train and was very adamant about stopping and taking a look. We were all a bit tired but indulged the toddler in his craving for things that roll and fly since we weren’t sure when we would come back.

It turned out we had just arrived in the Transportation Museum in Taman Mini. We were able to park right by the entrance gate and milliseconds after we hopped out of the car Evan was already in line at the ticket booth. The entrance fee was a mere 2,000 Rp. per person with kids under 3 going in for free. Yes, you read that right, less than 30 cents US to go in the Museum.

The architecture of the building itself is quite impressive and it is evident that a lot of thought was put into it. The different sections comprise different modes of transportation and the backyard is the home to over 30 old locomotives and trains. 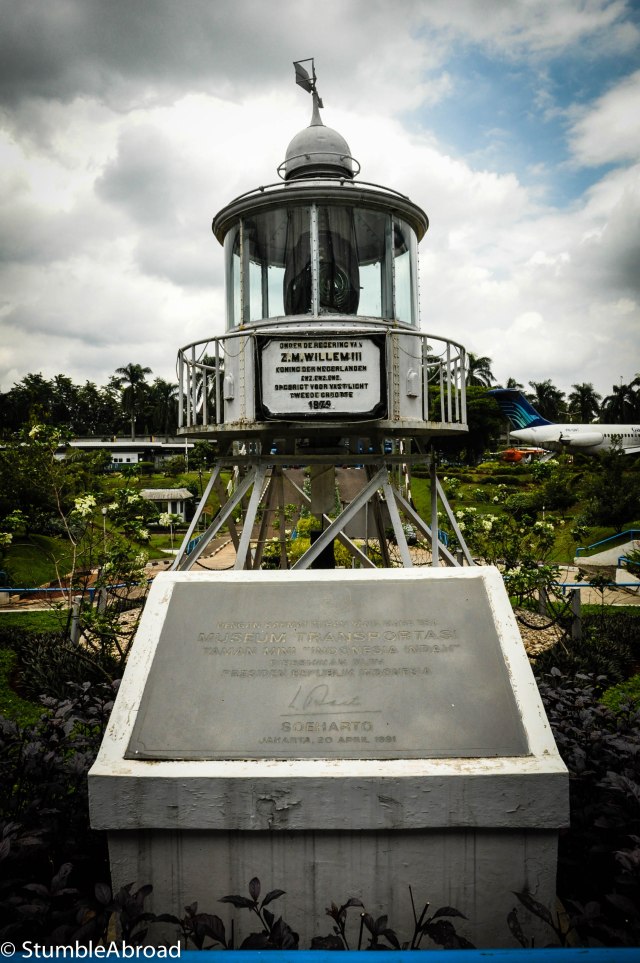 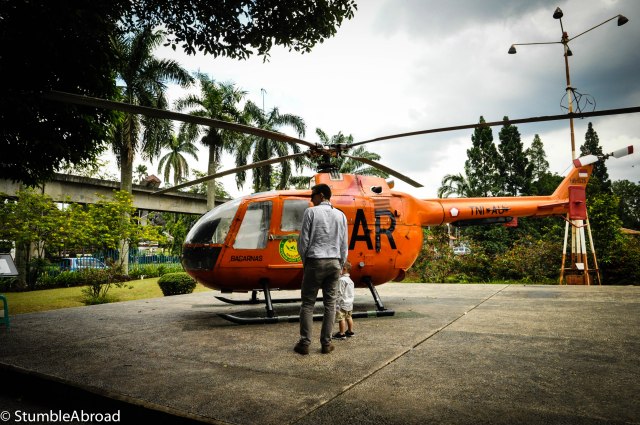 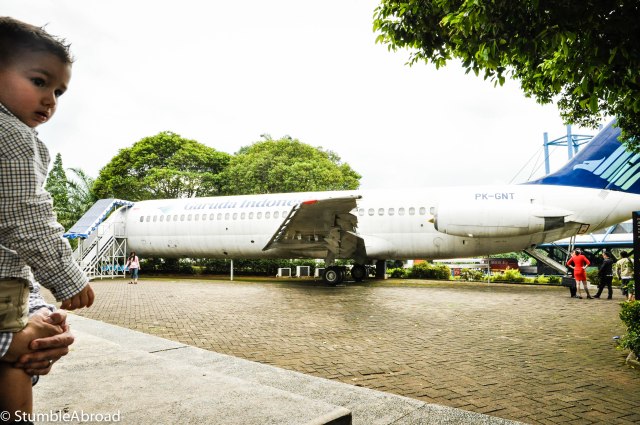 As we continued visiting the museum we were quite impressed to find several old cars and buses. Probably brought over by the Europeans years ago. I personally loved the double-decker bus and the old taxicabs while Evan was very excited to see the trains everywhere. 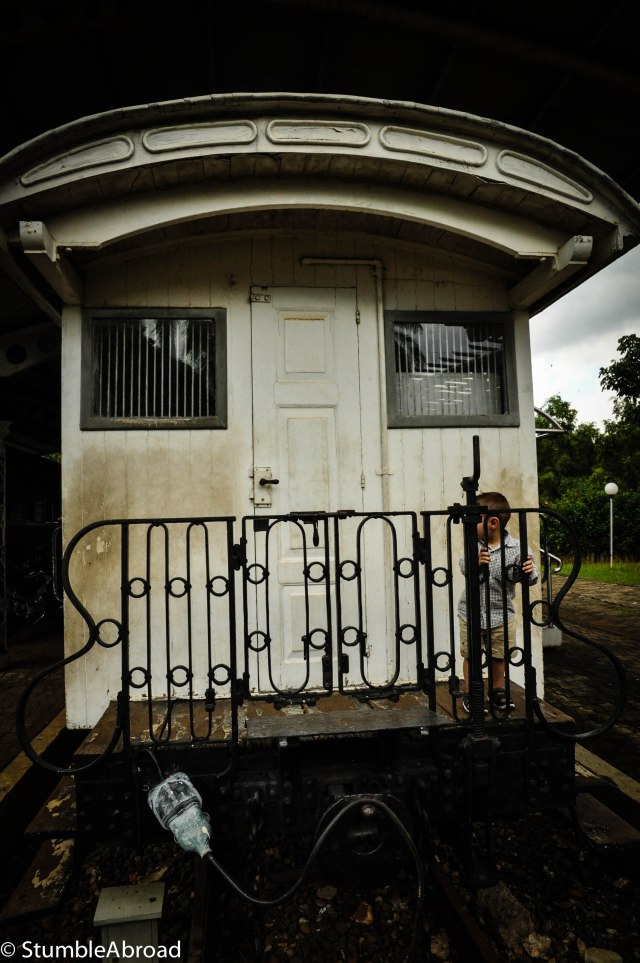 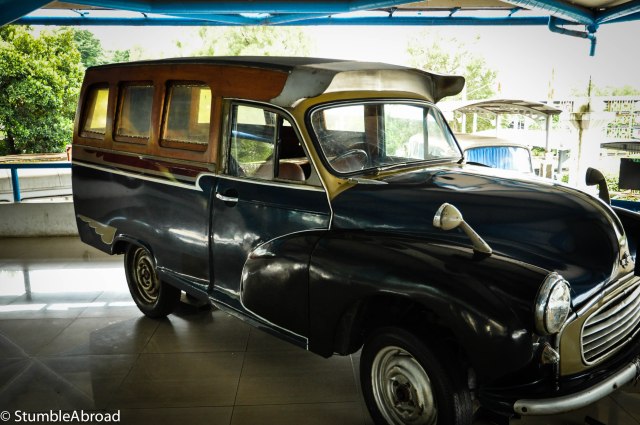 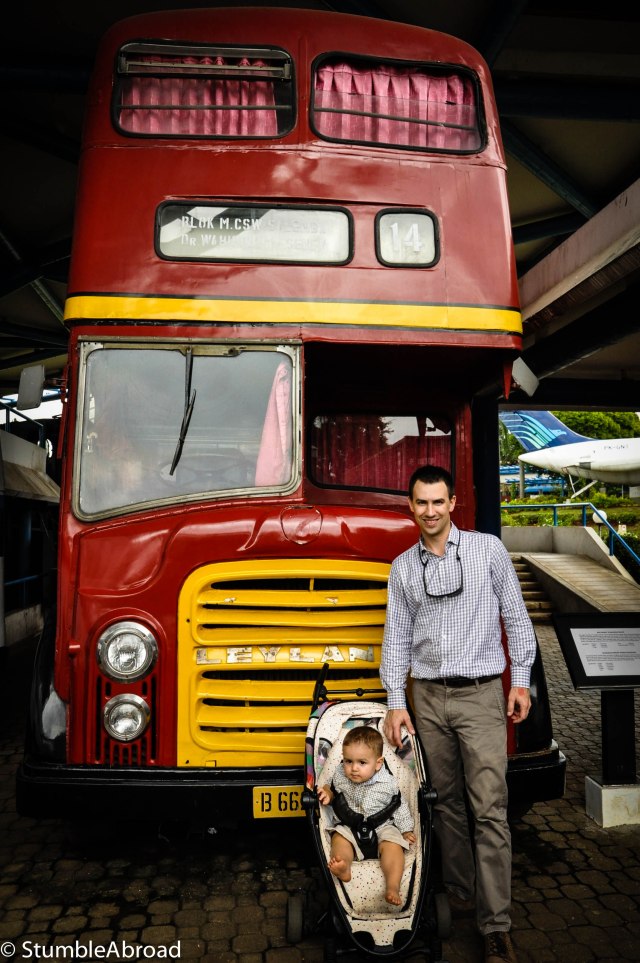 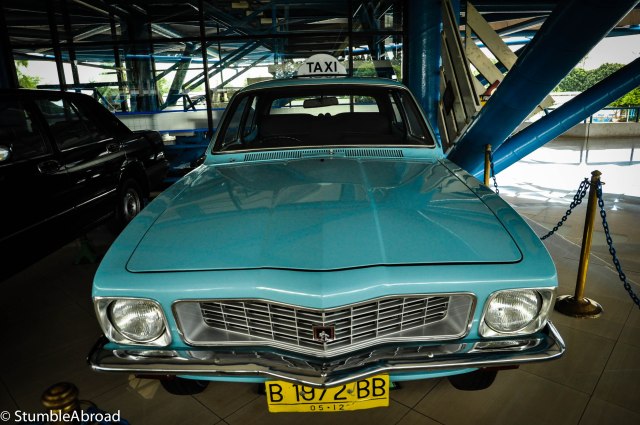 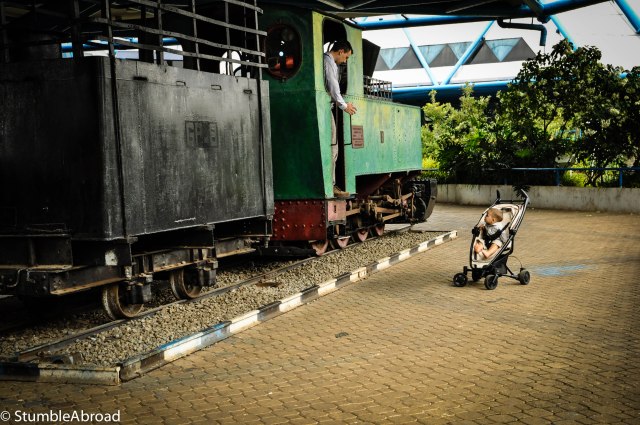 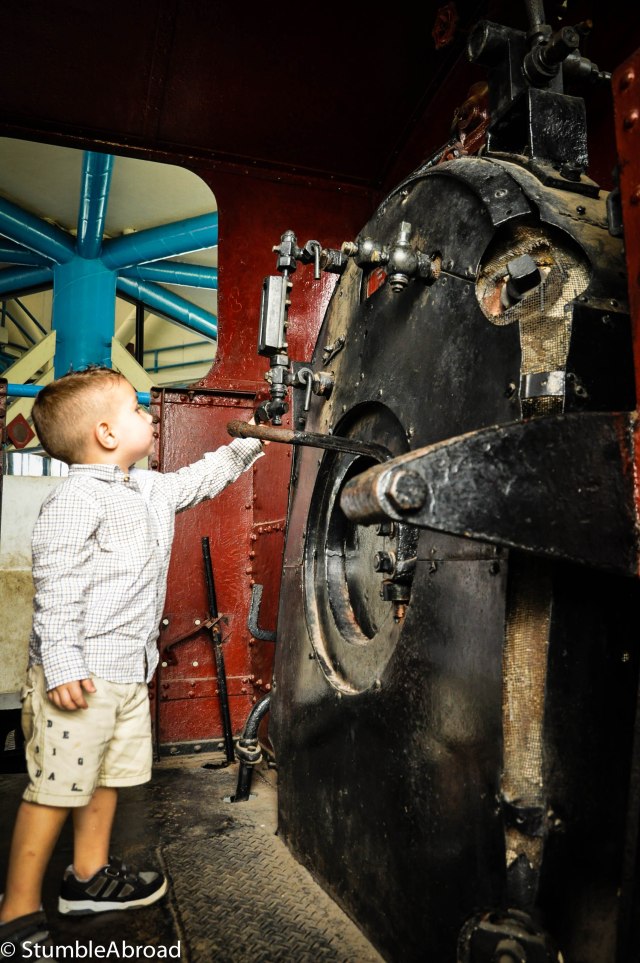 Evan was of course ecstatic 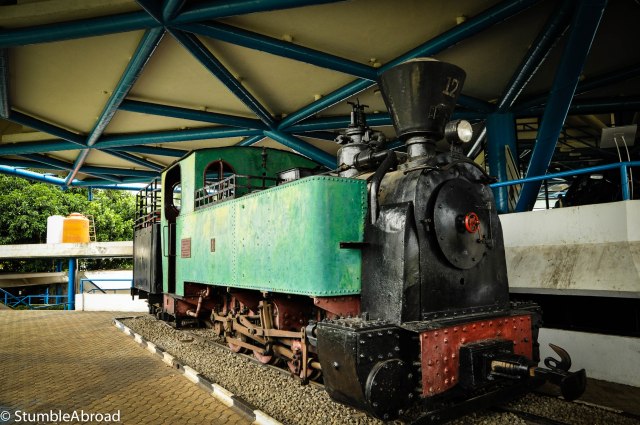 They had over three dozen trains

I stopped to take a break with Joshua to let him cool off and have a drink and Evan and daddy ran into the backyard where dozens of trains and locomotives were parked to my son’s delight.  Joshua enjoyed running around and looking at the colorful street signs. I only wished drivers would follow them more often.

As I was waiting for them to finish their little tour of the trains I noticed they had bicycle rentals and a little bicycle course. The prices seemed quite good and although it seemed closed at the time I’m sure I would have been able to get one if I inquired inside. 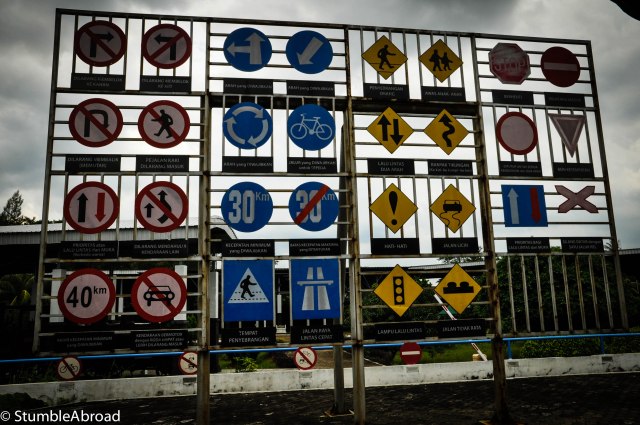 Indonesian Street Signs, now if everyone followed them….

After looking at the majestic cars, we went inside to find a very small and somewhat depressing exhibition. All the vitrines basically had miniature toy airplanes and buses. My husband found the “space” exhibition hilarious. I didn’t mind it since Evan had had a great time looking at the cars and trains and that’s all the little boy could ask for. 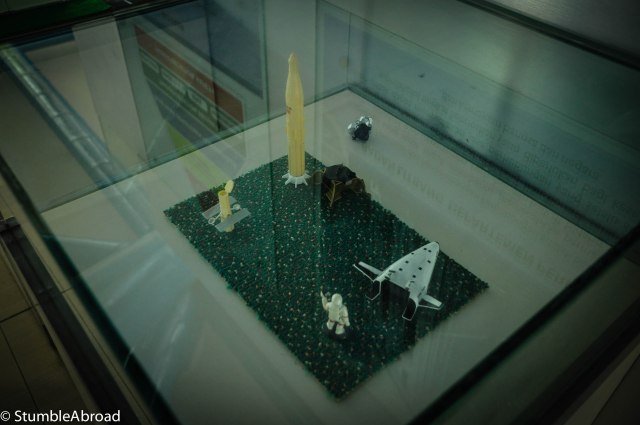 We left the museum after spending about an hour looking at trains and cars. I think Evan would have stayed longer if we allowed him to but we were done for the day.

If you have little boys (or girls) who are really into trains, cars or anything transportation-related I would not hesitate to give this museum a visit. It is definitely not grand or very informative but just the sight of old trans, buses and cars is enough to delight any little one with wheels on his mind.